The Ukrainian criminal terror regime in a war against the people

Viktor Yanukovych's criminal terror regime backed by the Russian imperialists has unleashed a full-fledged war against Ukrainians. Deadly clashes erupted this morning between riot police and anti-presidential protesters near the parliament building in central Kyiv.

At least seven protesters are reportedly dead, over 150 injured in the course of several hours. Police is presumably using live ammunition, shooting, as well as throwing Molotov cocktails, at protesters. Snipers are shooting at people from the roofs of the surrounding buildings. Armed thugs (titushki) paid by the government are acting alongside the riot police. Death toll is likely to grow rapidly.

If you read that "radicals", "extremists", "neo-Nazis" or whatever are leading the protests against the "legitimate government", DO NOT BELIEVE ONE WORD OF THESE LIES. The Ukrainian PEOPLE are fighting the terrorist regime.

And the revolution in Ukraine should end the same way it ended in Romania: 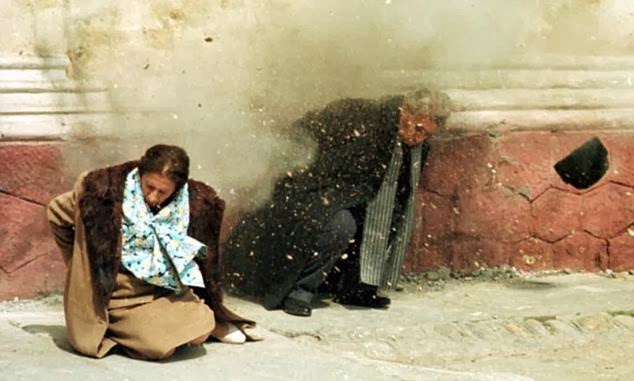