After the Svoboda party had been deprived of the observer status in the Alliance of European National Movements, it started to look for new European connections. Eventually, the party found new comrades, and, ironically, they suit Svoboda even better than the AENM! Because they are neo-Nazis.

On 23-24 March 2013, Svoboda's member Taras Osaulenko took part in the conference "Vision Europa" organised by the Party of the Swedes (Sweden) founded in 2008 by members of the National Socialist Front. The main speaker at the conference appeared to be Udo Pastörs, deputy leader of the neo-Nazi National Democratic Party of Germany (NPD), two members of which now stand trial in Germany for their support of the terrorist National Socialist Underground. Another speaker at the conference was Roberto Fiore, leader of the fascist New Force.

"Russian and Soviet nationalism in Ukraine"

In the abstract of his paper "Contemporary Nationalism in Ukraine", presented at the Harriman Institute's workshop on Ukrainian and Russian nationalisms, Taras Kuzio writes:

In the same article in The Ukrainian Weekly, Kuzio writes:

More bizarre was Shekhovtsov’s attempt to downplay the murder of two Ukrainian nationalists in Ukraine when I discussed the absence of any murders of Russian nationalist counterparts in Ukraine.  Shekhovtsov came as close as I have ever heard anyone say that the murder in Odessa was undertaken by an "anti-fascist" defending himself against a "fascist" Maksym Chayka (in other words, that it was justified).  Shekhovtsov ignored the fact that the murderer was a member of the national Bolshevik Rodina Party which has ties to local organized crime and was funded by Russian intelligence services (two Russian diplomats were expelled from Ukraine in summer 2009 for providing covert support to extremist and separatist groups in Odessa and Crimea).

I never justified the murder of Maksym Chayka, so Kuzio is lying again. For some reason, Chayka provides some kind of fascination to Kuzio. He refers to him as "member of the patriotic youth movement Sich Maksym Chaika". See here and here. Posted below are three pictures of the "patriot" Maksym Chayka (on the left in all pictures):

On Taras Kuzio, an academic fraudster

Commenting on the workshop "Russian and Ukrainian Nationalism: Entangled Histories" that took place at Columbia University's Harriman Institute on 22-23 April 2013, Taras Kuzio, one of the participants, published an article in The Ukrainian Weekly (No. 20, 19 May 2013). In this article, he, in particular, writes:


"Another workshop presenter, Anton Shekhovtsov (Vienna Institute for Human Sciences) — who although from Sevastopol, which has the greatest number of xenophobes and extremists in Ukraine — focused his entire talk instead on Western Ukraine and "Svoboda."  He refuses to accept the existence of xenophobia, racism and anti-Semitism anywhere in Ukraine, except that which may be found in Western Ukraine.  Because he had not read my paper prior to the workshop, I had to repeat what was there, namely:  the US State Department, Council of Europe, US diplomatic cables (Wikileaks) and the Kyiv International Institute of Sociology (KIIS) have reported the highest levels of xenophobia in Ukraine are to be found in Crimea, and that the greatest number of skinheads is found in Eastern Ukraine (usually with ties to Russia)."

This is essentially a lie. Or really bad research, which is worse.

Email ThisBlogThis!Share to TwitterShare to FacebookShare to Pinterest
Tags: Ukraine

This groundbreaking conference will present a variety of perspectives on leading fascist and far-right ideologues. Focussing upon the historical impact and contemporary influence of key radical right figures and 'intellectual' trends, such as transnationalism, metapolitics and White Power music, this event promises to bring together cutting-edge themes and speakers over two days of academic discussion.

With contributions ranging from internationally-renowned researchers to British postgraduates, this event is intended to serve several purposes: to examine the continuities and changes to (neo-)fascist ideology over the last century; to present reports and interviews on key aspects of the contemporary far-right – especially regarding the turn toward anti-Muslim prejudice and responses to Britain's PREVENT strategy – and more generally, to formally launch the UK's first research centre dedicated to these issues: the Centre for Fascist, Anti-fascist and Post-fascist studies at Teesside University.

Call for Papers: Teenage Kicks: The Representation of Youth Subcultures in Fiction, Film and Other Media

Call for Papers: Teenage Kicks: The Representation of Youth Subcultures in Fiction, Film and Other Media

Right-Wing Radicalism Today: Perspectives from Europe and the US 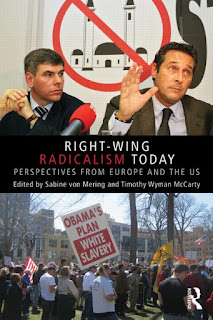 Sabine von Mering is Associate Professor of German and Women’s and Gender Studies and Director of the Center for German and European Studies at Brandeis University in Waltham, Massachusetts, US.

Timothy Wyman McCarty is Visiting Assistant Professor of Government at Franklin & Marshall College in Lancaster, Pennsylvania, US. His research and teaching focuses on political theory, the history of ideas, and literature and politics.

This book highlights recent developments in the radical right providing comparative analysis of current extremist activity in Eastern and Western Europe and the United States. It reveals the growing amount of connections and continuities of rightwing movements and ideologies across national borders. Subjects covered include:

We would like to invite scholars to a symposium on performing prejudice at Newcastle University on the 22nd July 2013. We are interested in submission of short papers, position papers and/or roundtable discussions to enable the exchange of ideas.

The aim of this symposium is to exchange ideas and develop a nuanced understanding of performances of prejudice and how these manifest themselves in community encounters with the legal, cultural and policy environments. We would like to hear from those interested in the performance in songs, music, recordings, community narratives, cultural texts (broadly defined), where they construct conflict between ethnic, religious or racial groups, particularly in the social life of England, Ireland, Scotland and Wales. A key focus of this symposium will be the exchange of ideas focused around the question of conflictual agency in the performance of prejudice. We are interested in hearing from scholars from any area of the arts, humanities and social sciences, but are particularly interested in those whose work engages methods such as critical discourse analysis, performance studies, media analysis, sociological and socio-legal approaches. We envisage publishing an edited collection of essays based upon work to emerge from the symposium. 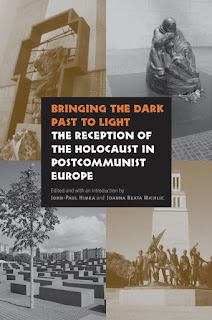