What lessons can European leaders learn from Trump’s victory?

As the news about the victory of Donald Trump in the US presidential elections have shocked many in Europe, it is high time for European leaders to learn lessons from the outcome of these elections and – to quote Winston Churchill – not let a good crisis go to waste.

The US presidential electoral campaign was characterised by the “Europeanisation” of the American politics – something that never happened before. Discarding some obvious differences between the American and European political domains, Bernie Sanders appeared a typical European social democrat, Hillary Clinton – a European pro-establishment centrist, and Donald Trump – a European anti-establishment radical right-wing populist. Trump’s rhetoric during the campaign was notorious for anti-immigrant and racist statements, so it was only natural that European right-wing politicians such as Hungary’s Prime Minister Viktor Orbán, the former leader of Britain’s UKIP Nigel Farage or the president of Front National Marine Le Pen overwhelmingly supported Trump during his campaign.

Italian Delegation to Russia-annexed Crimea in October 2016: Between Politics and Business

On 14-16 October 2016, an Italian delegation consisting of 18 politicians and businessmen visited Crimea illegally annexed by Russian from Ukraine in March 2016. The political part of the delegation was largely represented by regional politicians from far right parties such as the Northern League (Lega Nord) and Brothers of Italy (Fratelli d’Italia), but the delegation also featured one politician from the left-wing populist party Free Alternative (Alternativa Libera). The business part was represented by the leaders of the Italian companies Albrigi, Brescia Hydropower, Cantina di Soave, Scandiuzzi Steel Constructions, and Veronesi.

This trip was, to a certain extent, a follow-up of the Second Yalta International Economic Forum that took place in Crimea in April 2016. The forum was co-hosted by the EU-sanctioned “Prime Minister of the Republic of Crimea” Sergey Aksyonov and Andrey Nazarov, co-chair of the All-Russian Civic Organisation “Business Russia” (Delovaya Rossiya) which is a union of businessmen working in non-energy sectors of Russian economy. It was the “Business Russia” organisation that officially invited and paid for the trip of the Italian delegation, and Nazarov was their main host in Crimea in October.

One after another the narratives that prop up belief in western liberal democracy have fallen. Ideal financial system? Not after the 2008 crisis and the euro. Military superiority? Iraq and Afghanistan have put an end to that. Effective politics? See gridlock in Washington DC and arm-twisting in Brussels.

Now the final, perhaps most fundamental, narrative risks unravelling. The supremacy of liberal democracy is rooted in the triumph of 1989: the liberation of Central Europe from the Kremlin’s authoritarianism; Václav Havel emerging from prison to become President in Prague Castle; the successful transition to democracy via European Union membership and the security blanket of NATO. The latter process was particularly important for the post-socialist states. Already in the 1990s, the prospect of the EU membership served as an impetus for reform of inefficient economies and dysfunctional political systems. At the same time, NATO provided security guarantees to the new democratising societies in Central and Eastern Europe that witnessed Russian destabilising activities in Moldova and Georgia in 1992—activities that resulted in the infringement of territorial integrity and dramatically hampered democratisation in these post-Soviet states.

The alleged terrorist plot in Crimea may be a Russian psyop

Early in the morning on the 7th of August, Russian border guards closed all the security checkpoints on the border between Crimea, which Russia illegally annexed in March 2014, and the rest of Ukraine. Witnesses reported the sounds of shots fired near the administrative border. The Russians re-opened the security checkpoints later but offered no official explanation as to the reasons of their closure in the first place. Some Russian media and bloggers claimed that there had been a fire-fight between Ukrainian “intruders” and Russian personnel; the alleged fire-fight had ended with one Russian killed and three wounded.

Since the closure of the border on the 7th of August, witnesses reported an increased military presence in Crimean towns and villages, while checkpoints were set up along major Crimean roads. It looked like the Russian servicemen were looking for someone.

The Far Right Front of Russian Active Measures in Europe

The relations between Russia and the European far right is not a new phenomenon, but they acquired particular salience in the recent few years, especially after the Russian annexation of Crimea and the start of the Russian invasion of Eastern Ukraine.

Tactical collaboration with the European, especially German, extreme right characterised even the Cold War period of Russian history despite the horrors of the Second World War and the Soviet Union’s official condemnation of fascism. One example of Soviet collaboration with the German extreme right is the Soviet financial support for the extreme right neutralist movement in West Germany in the beginning of the 1950s. That period was marked by the beginning of the Cold War, and, in its struggle against the West, the Soviets employed a broad range of what they called “active measures” – actions comprising of establishing espionage rings in Western societies, spreading disinformation among Western publics, buying political influence, supporting socialist and communist parties, infiltrating Western peace movements, etc. The beginning of the 1950s was also a period in which West German political elites discussed a prospect of their country joining NATO. The Soviets opposed such a development and supported not only left-wing organisations in West Germany, but also extreme right neutralist movements that also opposed NATO membership.

On May 18-19, 2016, the media reported that Poland's Internal Security Agency searched the homes of the leaders of the pro-Russian party Zmiana: Tomasz Jankowski, Konrad Rękas, and Mateusz Piskorski. It was also reported in the media – and then confirmed by Zmiana – that Piskorski was detained by the Polish authorities. Few details are currently available on the case, but it may be useful to review some of Piskorski's political activities.

In the late 1990s, Mateusz Piskorski was an active member of the Niklot Association for Tradition and Culture, a neo-pagan, “metapolitical fascist” group that was influenced by the ideology of Zadruga, the Polish inter-war neo-pagan fascist movement. Apart from the indigenous Polish inter-war influences, Niklot was inspired by völkisch ideology, the writings of Italian fascist Julius Evola and French New Right thinker Alain de Benoist. The group was also characterized by its Slavic ultranationalism and opposed “the intermixture of cultures, languages, peoples and races”. Niklot published neo-Nazi zines Odala and Wadera, and actively recruited its members from skinhead and National Socialist Black Metal subcultures. The following quote from one of Odala’s articles provides a telling glimpse into the ideology of Niklot:


Considering the decay and multiraciality of the West, only a united Slavdom -- the northern empire of the rising sun -- is the hope for the White Race and anyone in the West who does not support the Slavs betrays the White Race and himself.


The neo-pagan, pro-Slavic world-view became an ideological link between Polish and Russian neo-Nazis. By invitation of Pavel Tulaev, head of the Russia-based far right Cultural Exchange Association, former co-editor of the journal Nasledie Predkov and co-editor of the neo-pagan racist journal Ateney, Piskorski and Niklot’s Marcin Martynowski, as well as members of other Polish neo-Nazi groups, paid their first visit to Russia in August 2000. 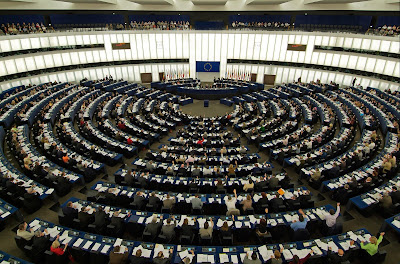 Over the years, in addition to engaging with far right activists and politicians in the capacity of commentators and opinion-makers, various Russian media have developed structural relations with the far right media projects in France, Italy and Austria. Recently, new data has emerged suggesting that structural relations seem to be developing between the Slovak magazine Zem a Vek and different Russian actors.

Zem a Vek is a typical conspiracy theory magazine with a focus, as Matúš Ritomský argues, on three particular themes: politics, a search for social alternatives, and a return to the nature. The magazine is openly anti-Western and pro-Russian, as well as being particularly obsessed with “exposing” the “power of Jews and Americans”, the LGBT “conspiracy”, and Slovak mainstream media slammed as “mouthpieces of Zionism, Americanism, globalism, defamation of national values, primacy of the minority rights over the majority rights, [and] multiculturalism”. While not being directly linked to Slovakia’s Prime Minister Robert Fico or his SMER party, he definitely benefits from the anti-Western and/or pro-Russian “alternative” new media, including Zem a Vek, that have mushroomed in the Slovak information space in the wake of the Russian-Ukrainian war, as they help him legitimise his non-reformist policies.

The Neo-Eurasianist perspective on Ukraine was formed already in the 1990s, when Russian fascist Alexander Dugin argued, in his Foundations of Geopolitics, that Ukraine was “an unnatural state” consisting of four major regions with allegedly different geopolitical loyalties, and that a sovereign and united Ukraine constituted a major threat to the geopolitical security of Russia and the envisioned Eurasian Empire.

Dugin specified the means for neutralising the "Ukrainian threat to Russia" in 2009 in his book The Fourth Political Theory. In particular, he argued that “extending Russian influence on the post-Soviet space” would not necessarily imply “direct colonisation in the old tradition”: “in our world, more sophisticated and efficient network technologies are developed that allow to achieve the same results with the different means – with the use of information resources, social organisations, faith-based groups, and social movements”.  However, Russia’s direct action was also possible:


It cannot be excluded that a battle for Crimea and Eastern Ukraine awaits us.
Only a short time ago, the most hot-headed among the Russian hawks presumed only an internal conflict in Ukraine, as well as political, economic and energy pressure [on Ukraine] from the Russian side, but now a possibility of a direct military clash no longer appears unrealistic.