Several authors argue that either Putin's Russia is already a fascist state or Putin is building one. Some of the most recent articles arguing along this line can be found here: 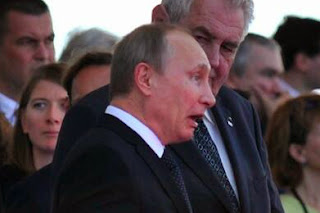 Here I post a few comments from Professor Roger Griffin, the world's leading expert on fascism and the founder of the New Consensus school within Fascism Studies. 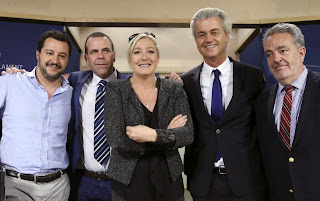 A new leak of the text messages originating from a hacked smartphone of a high-ranking officer of Russia’s Presidential Administration sheds further light on the relations between the Russian authorities and their far right allies in France.

The hackers from the Anonymous International have disclosed thousands of text messages sent to and by Timur Prokopenko, deputy chief of the Domestic Politics Department of the Presidential Administration of the Russian Federation. Before he started working in the Presidential Administration, Prokopenko headed the youth wing of the ruling United Russia party, the Young Guard, that was established in 2005, next to the Nashi movement and Aleksandr Dugin’s Eurasian Youth Union, to defend Russia from the largely virtual threat of a “colour revolution”.

Prokopenko rose up to become a powerful figure in the Presidential Administration. The hacked messages reveal the internal developments in the Domestic Politics Department, how it communicates with and tries to control the already intimidated mass media, organises and finances pro-Putin rallies and movements in Russia. The messages dating back to March 2014 also mention Marine Le Pen, the leader of the French far right National Front, and contribute to better understanding of the relations between Russia and Le Pen’s party.