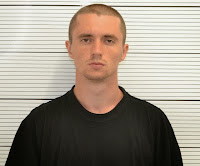 Articles in Ukrainian and Russian are extended versions of the original English article.
Thanks to the translators!

Music and the Other - The Special Issue of Patterns of Prejudice

The Special Issue of Patterns of Prejudice on music and the Other, which I guest-edited, is finally out.

Music and the Other: an introduction
Anton Shekhovtsov

‘Gypsy music’ as music of the Other in European culture
Anna G. Piotrowska

Music as a weapon of ethnopolitical violence and conflict: processes of ethnic separation during and after the break-up of Yugoslavia
Catherine Baker

The soundtrack of neo-fascism: youth and music in the National Front
Ryan Shaffer