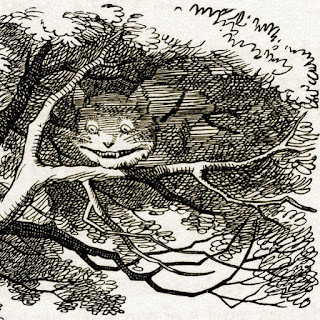 First, the Right Sector has evidently radicalised its rhetoric and actions after the signing of the Minsk II agreement in February 2015. Many fighters of the Right Sector battalion and its affiliated Ukrainian Volunteer Corps (also known by the Ukrainian acronym DUK) were unhappy about the “hybrid ceasefire” implied by the Minsk II agreement, as they preferred to continue fighting against the Russian invaders and their separatist proxies in Eastern Ukraine. Some members of the Right Sector were also unhappy about Ukraine’s new government and, especially, President Petro Poroshenko, who appeared, for some ultranationalists, as traitors of the Ukrainian revolution.

It would be too easy to explain the unhappiness of some members of the Right Sector about the “hybrid ceasefire” by their alleged bloodthirst. The war opens up many opportunities to those engaged in it. Of course, war, in a sense, is a desired state for many ultranationalists; they have “genetic inclination” for war. However, this argument has a limited explanation power with respect to the unwillingness of some members of the Right Sector/DUK to end the fighting. Some fighters have used the war as a way to avoid persecution for the actions that the state would consider not entirely legal. They thought that their military feats would buy them a “legal” way out of Ukraine’s legal framework. In a few cases, that did happen, but in general several members of the Right Sector/DUK were held accountable for their illegal actions.

While there are many other explanations why the Right Sector is unsatisfied with the Minsk II agreement, the crucial point is that the Right Sector has become the most radical opposition to Poroshenko and the government. They still crave a national revolution, as they believe that the revolution that started with the Euromaidan protests was an unfinished revolution, or was not a revolution at all. Thus, the Right Sector is a direct threat to the constitutional order in Ukraine, especially given the fact that the Right Sector/DUK fighters have arms that can be used against state officials. Not that the Right Sector can stage a coup d’état – they have neither sufficient human resources nor ample public support for this – but their actions may lead to further destabilisation of the weak Ukrainian state, and the Russian invaders can use this destabilisation to their avail. This is something that Yarosh, being a relatively moderate and balanced politician, understands well. And this is why Yarosh acted as a mediator between the state and the extremists in the Right Sector. However, the frustration among the Right Sector’s fighters grew stronger, and they started asking the leadership of the organisation “to give them the order”.

Second, the Western powers have consistently demanded from the Ukrainian authorities to put all volunteer military units under the army or police control. The Ukrainian authorities clearly see the point: not only do the autonomous military units constitute a threat to the state, their existence sour Ukraine’s relations with the West too. On 3 November this year, Council of Europe published CoE Commissioner for Human Rights Nils Muižnieks's report that, in particular, said:

But a more important part of the report is this one:


The Commissioner has not yet had a possibility to discuss these issues with the authorities at the Ministry of Defense and other relevant security structures. However, he is aware of credible reports implicating the existence of armed groups which continue to enjoy a high degree of independence and do not appear to be fully incorporated in the regular chain of command. Most frequent references are made in this context to the groups affiliated with the Right Sector (Pravyi Sector). This issue should be addressed without further delay.

What will the state do?

1. The state may deliver an ultimatum to the Right Sector: either they integrate into the army or the police, or they will be crushed as an illegal armed group. This ultimatum will most likely lead to a split within the Right Sector: some fighters will prefer to join the army/police, some will choose the underground activities. A split into more than two groups is also possible.

2. Those who will choose the underground activities will most likely be destroyed. As the destruction of the stubborn fighters of the Right Sector/DUK may lead to a larger revolt against the authorities (dissatisfied fighters of other military units may join this revolt too), the state will:

2.1. wait until the extremists make an obvious mistake that will be perceived by the general public as a legitimate reason for the state to crush them – this can be either a direct attack on the state authorities or a blatant violation of the Minsk II agreement;

2.2. or it will use the security service agents within the extreme wing of the Right Sector to provoke that mistake.