Journal of Democracy has recently published a new issue that features a special section "The Maidan and Beyond". Andreas Umland and I co-authored an article for this section:

Abstract:
Thanks largely to the Kremlin’s information war, Ukraine’s ultranationalists have become global media stars of a sort, depicted in Western and other reports as key players in Ukraine’s third major political upheaval in less than a quarter-century. How do we explain the paradox of ultranationalist parties becoming involved in a protest movement whose thrust is toward greater integration between Ukraine and the European Union? And are the fears that swirl around these parties justified? The most obvious explanation for the Ukrainian far right’s ardent participation in the EuroMaidan may be found in the primary goal shared by all Ukrainian nationalists, radical and moderate alike: to liberate Kyiv from the Kremlin’s hegemony. 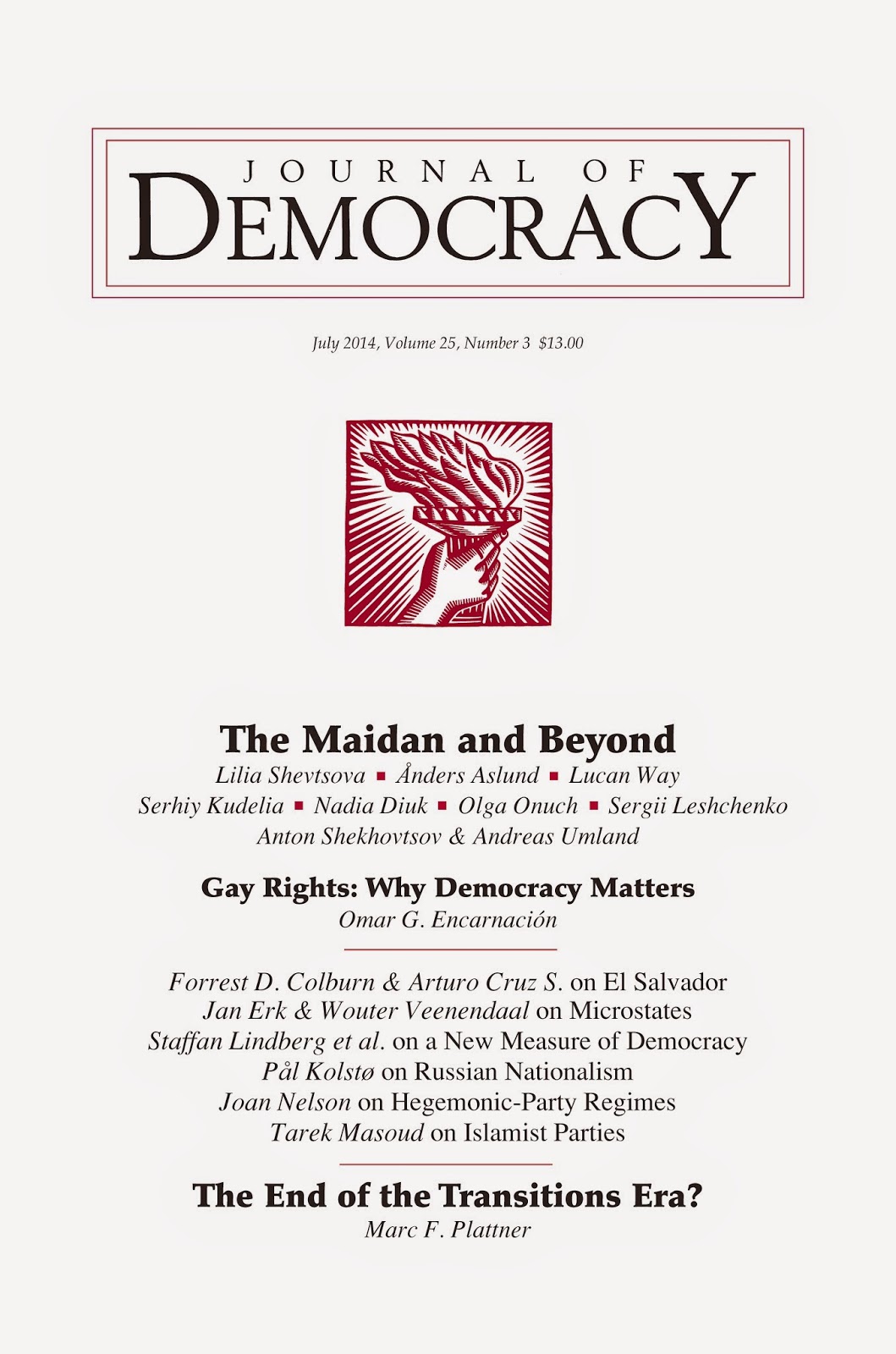