Writing in 2011, a year ahead of the parliamentary elections in Ukraine, I stated in one academic paper that the entrance of the far right Svoboda party to the Ukrainian parliament in 2012 would “spark negative feelings on the part of the Russian minority and contribute to the activization of pro-Russian nationalist movements that could garner support from Russia and advance separatist activities in the largely Russian-speaking regions, such as the Crimea”. Although my prediction seems to have turned out to be right, I missed an important point which lies outside conventional political science: it was not Svoboda’s electoral success in 2012 per se that later energized the pro-Russian nationalists, but rather the portrayal and representation of the Ukrainian far right in general and Svoboda in particular in the Russian media engaged in the extensive information war against Ukraine.

Extremists have hijacked the Anti-Maidan protests in South-Eastern Ukraine. and their extremism and ultranationalism is fomenting violence and hatred. 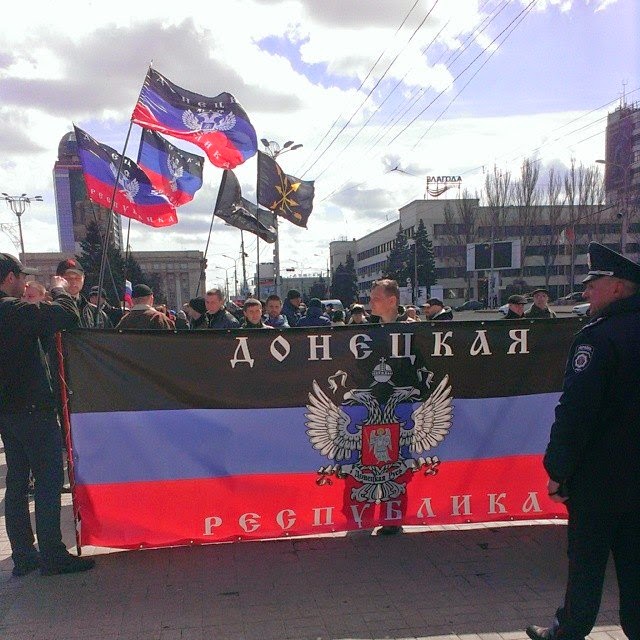 Here's a short film on the curious trend within contemporary Russian fascism, namely the (Christian) Orthodox fascism. Unfortunately, the video is only available in Russian language. 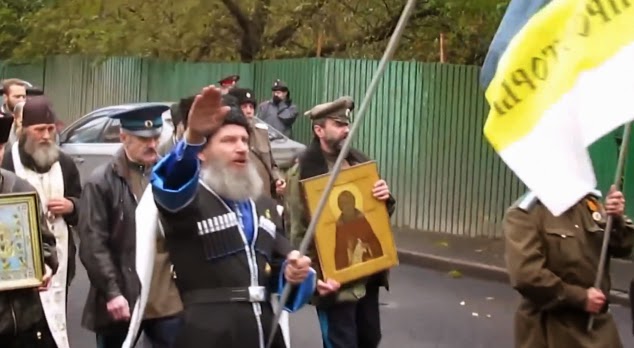 Nazis and Stalinists thrive on May 1 in Moscow


"The glorification of Hitler along with the glorification of Stalin, slogans of revanchism, xenophobia, intolerance, anti-Semitism and great-power chauvinism - all these dangerous phenomena, which are developing in the Russian Federation against the background of persecution and repression of all manifestations of democracy in the Russian society, are a challenge to civilised humanity."

This is how some Russians celebrated the International Workers' Day on the 1st of May in Moscow: 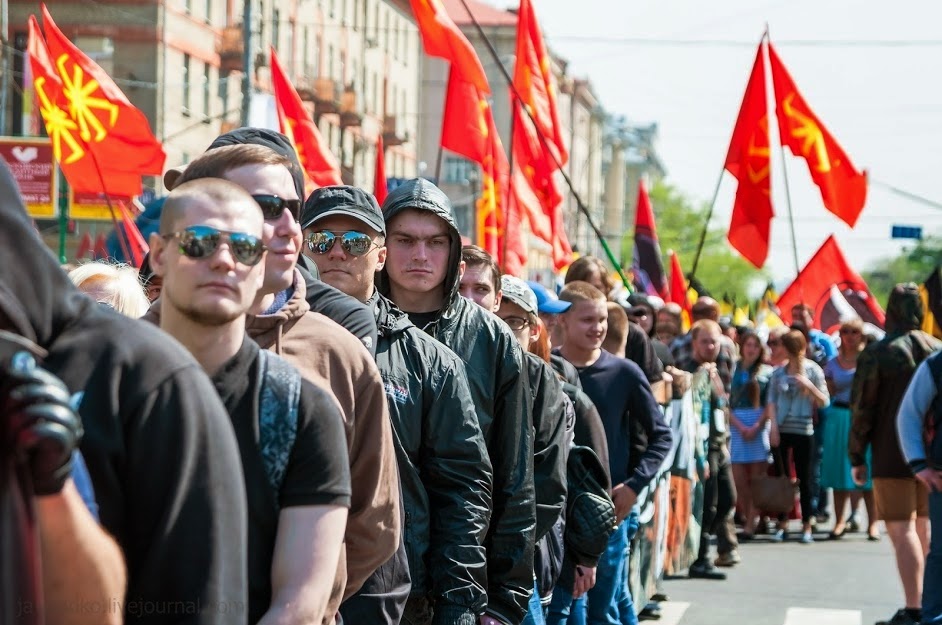 The Kremlin’s marriage of convenience with the European far right

Putin’s strong-arm tactics in Eastern Ukraine and ‘moral, family-based’ policies have won him ardent support from far-right European groups. But they should not be under any illusions...