Second, the signing of the Association Agreement between Ukraine and the EU, which was the initial demand of Euromaidan, could effectively pull Ukraine out of the Russian sphere of influence. Furthermore, through the rapprochement with the West, Putin feared that Ukraine might wish to join NATO – an organisation that never ceased to strike terror into the hearts of Russian nationalists and military “hawks”.

What happened in March, when Russia invaded and annexed the Autonomous Republic of Crimea, as well as starting its open covert operation in the Eastern parts of Ukraine, was sudden but not entirely unexpected. Have not Russian university textbooks on geopolitics been questioning the sovereignty and territorial integrity of Ukraine since the late 1990s? Did not Putin say, in 2008, to former US president George Bush that Ukraine was not “even a state” and that “the greater part” of it had been a “gift” from Russia? Did not Putin, through one of his mouthpieces, Sergey Glazyev, warn, in September 2013, that the signing of the Association Agreement between Ukraine and the EU could lead to the intervention “if pro-Russian regions of the country appealed directly to Moscow”?

The Russian invasion and the Kremlin’s support – including arms, money and manpower – of pro-Russian right-wing extremists in Donetsk and Luhansk oblasts have drawn condemnation from the EU, but this condemnation was not unanimous. While the mainstream political forces – conservatives, social-democrats, Greens and liberals – criticised the Russian aggressive interference in Ukraine, the radical right-wing and left-wing parties largely approved of it. The vote in the European Parliament on the 17th of March 2014, when it adopted the “Resolution on Russian pressure on Eastern Partnership countries and in particular destabilisation of eastern Ukraine”, has been revealing: out of 49 MEPs who voted against the resolution, 20 MEPs represented the far right, 26 MEPs – the left and the far left, and 3 MEPs were coming from generally Eurosceptic parties.

Historically, the strategic alliance between the far right and the (far) left is nothing new, as well as the annexation of a territory of another sovereign state. Thus, the similarities with the late 1930s were too obvious to ignore: the Molotov-Ribbentrop Pact that divided territories of Central-Eastern Europe into Nazi and Soviet “spheres of influence” and the consequent Nazi and Soviet annexations of these territories. Putin’s appeal to Russia’s Council of Federation of the Federal Assembly “to use the Armed Forces of the Russian Federation on the territory of Ukraine” reminded of the statements made both by Adolf Hitler following the Nazi invasion of Czechoslovakia in 1939 and by Soviet chief Commissar Vyacheslav Molotov on the eve of the Soviet invasion of Poland: all of them invaded these sovereign states on the grounds of protecting co-ethnics. 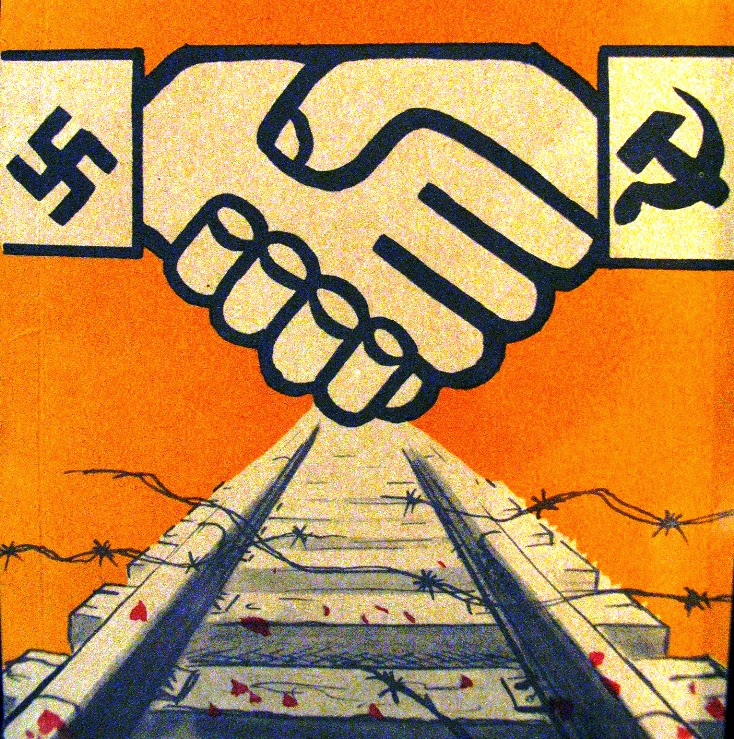 There are various reasons why the EU-based far right and (far) left are willing to endorse and approve of Russia’s actions in Ukraine.

European left-wingers, who rightly deserve – recalling the phenomenon of Western sympathisers of the Soviet Union during the Cold War – the title “useful idiots”, see in Russia a force that can challenge the alleged geopolitical unipolarity and the domination of liberal political economy. Being unable, due to their marginal role in national politics, to implement socialist and communist ideas in their home countries, they look at Russia as their last hope, despite the fact that Russia is not even a capitalist, but a kleptocratic, state.

The far right’s reasons to support Putin are partly similar. Like the left, most of the EU’s far right parties despise the US as the dominant power in the world. Yet, for the far right, the US is also the “hotbed” of multiculturalism and multiracialism – the ideas and practices which the far right strongly oppose in the EU. Parties like the French National Front, Hungarian Jobbik, British National Party, Austrian Party of Freedom, Greek Golden Dawn and some others also praise Putin for turning Russia into a “truly sovereign” state that does not reckon with any other world power. And, obviously, Russia’s positioning as the last remaining bastion of traditional moral values does not fail to impress the far right who seem to not distinguish between the Kremlin’s posture and the shoddy reality of Russian mainstream culture.

What these little ribbentrops also fail to understand is that Putin is cooperating with them only to undermine and corrupt their countries. Of course, their strategic goal is mutual: the Kremlin and the European far right want to weaken or even abolish the EU. The far right cherish the utopic idea of returning to a nation state to bring back a mythic sense of national belonging. Putin, however, wants something very different, something which can be achieved by following a maxim “divide and rule”. Through undermining the EU politically, binding the EU countries to Russia economically, Putin aspires to turn Russia into a super power.

In the world where Russia indeed secures a role of a super power, European countries will become Russia’s economic vassals. When Putin talks about “a unified Europe from Lisbon to Vladivostok”, one may remember the words of Belgian National Bolshevik Jean-François Thiriart who dreamed of the “Euro-Soviet Empire” and “Europe as far as Vladivostok”. These ideas may be attractive to some elements of the European far right, but for Putin, in his own vision of a space “from Lisbon to Vladivostok”, there is no Europe as we know it. This space will be called “Eurasia”, a kleptocracy extended from Vladivostok to Lisbon.

In this ominous reality, liberal democracy, rule of law, human rights, economic freedoms, equal opportunities and progressive values will be eliminated – as they have largely been eliminated in today’s Russia. The Kremlin will not need to invade European countries with Russian tanks: economic and political corruption is a weapon more clandestine, powerful and, eventually, virulent than conventional arms. The EU may be no bowl of cherries, but Putin’s useful idiots and little ribbentrops in Europe do not imagine what Putin has in store for them.

A German version of the article can be found here.