Yesterday, I commented on the recent scandal involving the distribution of anti-Semitic flyers in Donetsk. As it often happens with comments to the media, not everything that I said to The Verge's journalist appeared in the final piece - which is fair enough by me - but I would like to briefly discuss one point which I found important but which was missed out in the above-mentioned article.

Amar Toor asked me whether I was surprised at the news about the anti-Semitic flyers in Donetsk. I replied that - although the authenticity of the flyers cannot be either proven or dismissed - I was not surprised, because anti-Semitic and racist incidents involving the (pro-)Russian insurgents and terrorists in South-Eastern Ukraine had happened before.

For example, here's a hand-made poster which appeared in Luhansk during the unrest:

And demotivators such as this were widely distributed by South-East Ukrainian pro-Russian activists in the Internet:

It was also revealed in January 2013, that the fan page of the Berkut special forces (the main security pillar of Viktor Yanukovych's authoritarian regime) on Facebook was full of homophobic, racist and anti-Semitic content. (Much of this content is still available; it is worth checking to see the seemingly non-conflicting mixture of racist, anti-Semitic, Nazi, Russian, Soviet and Stalinist propaganda.) 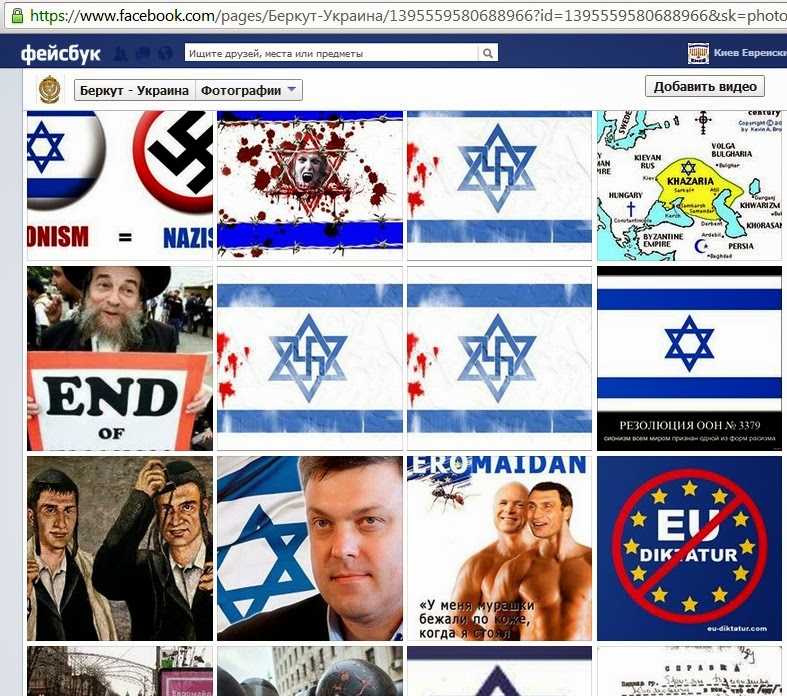 There is also a great degree of acceptance of anti-Semitism in Russia itself. For example, one Russian state TV host suggested - during an interview with fascist Aleksandr Prokhanov - that Jews had brought on Holocaust on themselves.


It is obviously not my intention to associate all the (pro-)Russian insurgents in South-Eastern Ukraine with anti-Semites, racists and fascism. However, while I cannot identify the size of the extreme right element of the pro-Russian movement in Ukraine, it does exist and does function as a point of convergence between some pro-Russian activists in South-Eastern Ukraine and the extreme right government in Moscow, as well as Russian fascist organisations. 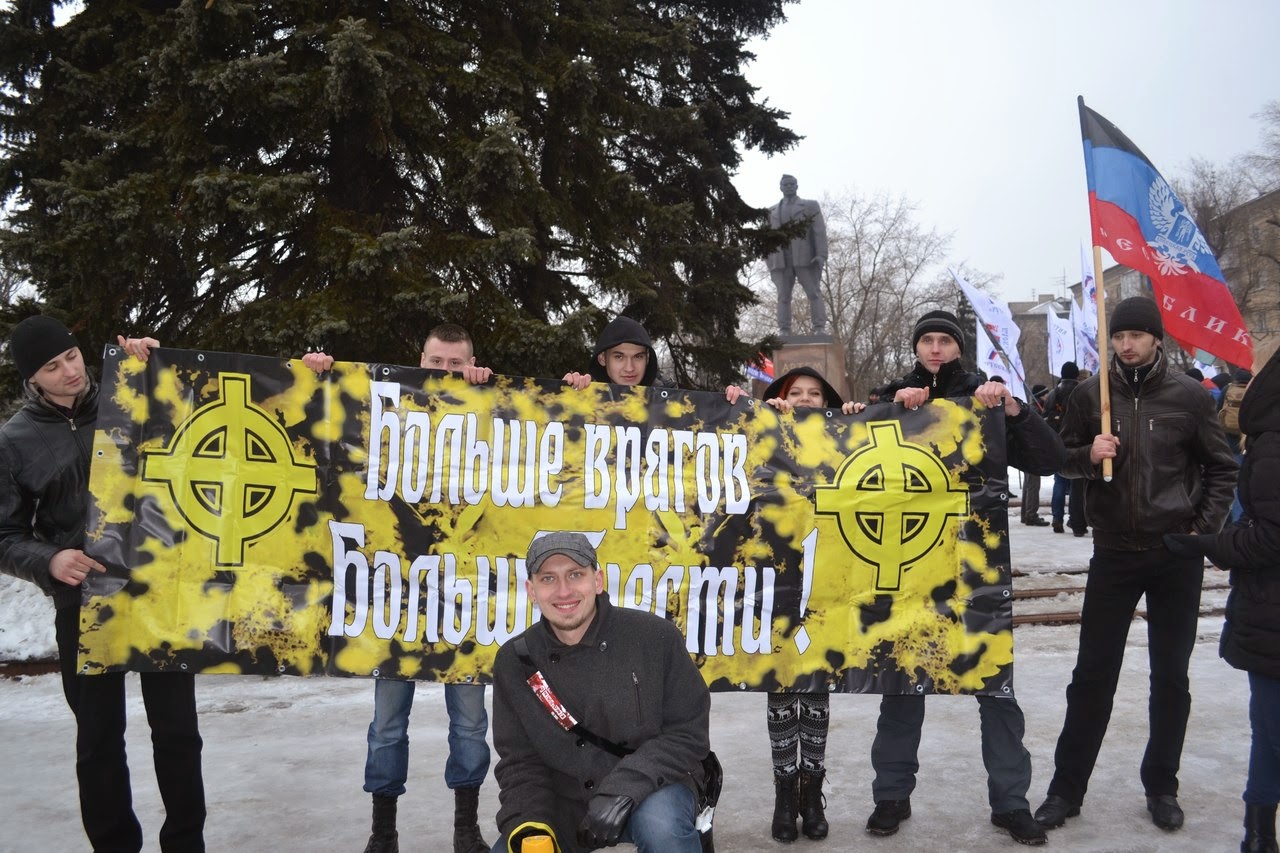 And this video (see below) was shot recently in Donetsk. It features a young man claiming to have established contacts with the fascist Russian National Unity organization and concluding his speech with the slogan "Glory to Russia" and a Nazi salute:


It is important to note that even this video shows that while many people cheer the Russian Nazi salute, there are also voices of dissent. But this video also reveals the involvement of the Russian extreme right in the current developments in South-Eastern Ukraine, and this involvement is not limited to fascist Aleksandr Dugin who personally instructed pro-Russian terrorists. Here are some pictures taken in the Donetsk region prior to the Euromaidan protests, which - in addition to other evidence - prove that Russian fascist organisations have been heavily infiltrating and instigating pro-Russian separatist movements in South-Eastern Ukraine for quite some time already. 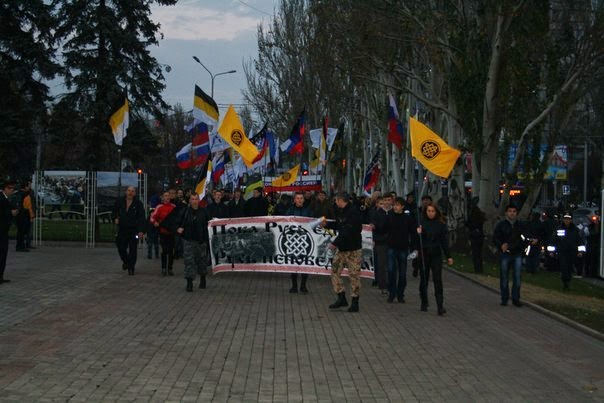 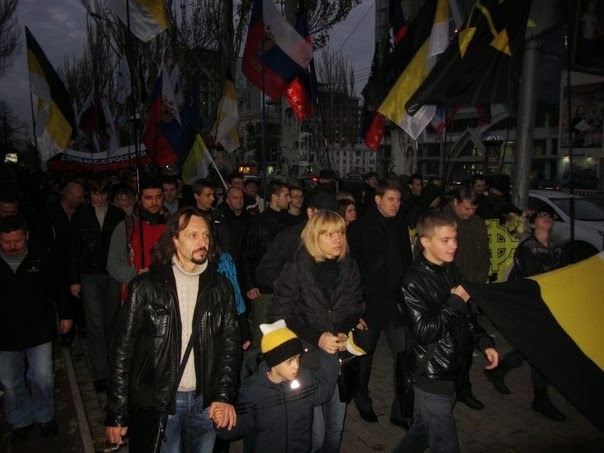 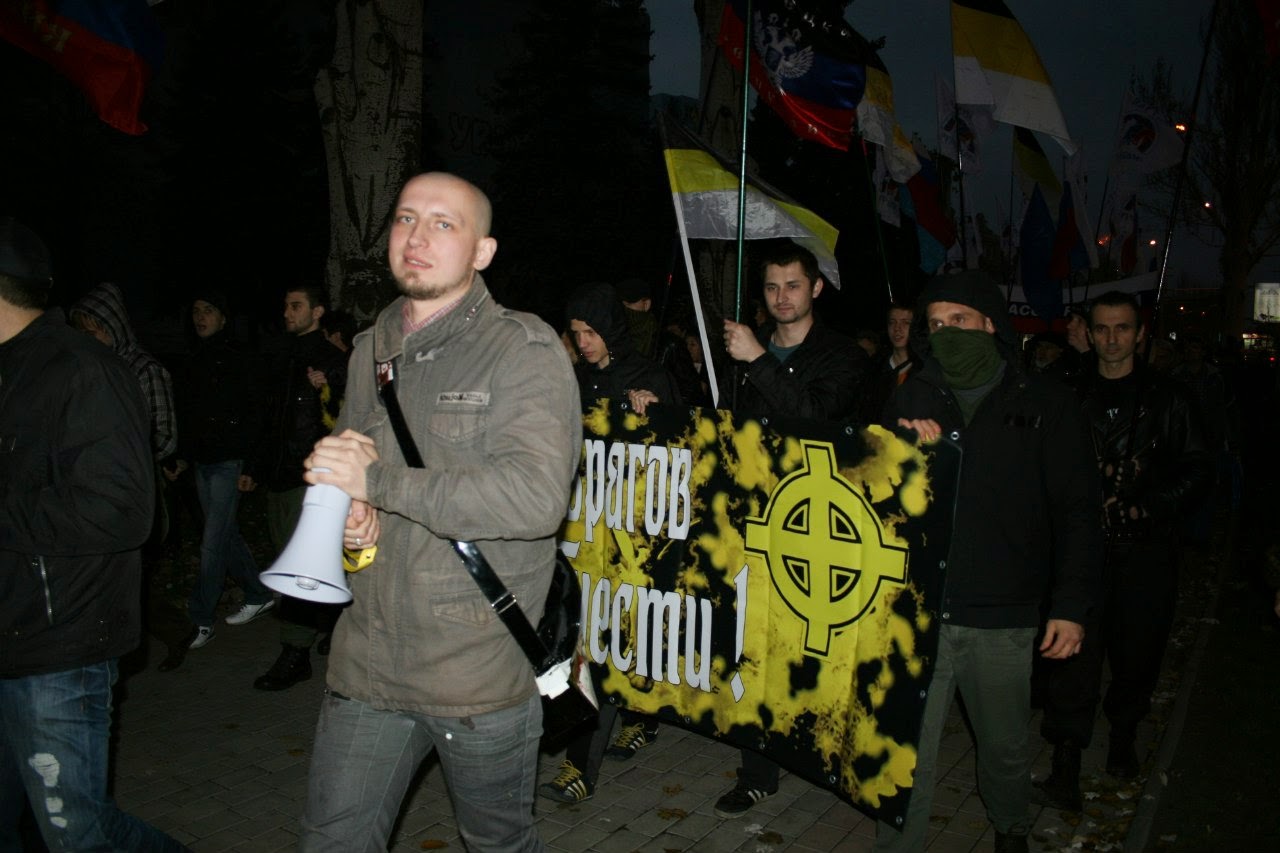 
Should we be surprised that anti-Semitic, anti-Roma and other racist incidents can take place in South-Eastern Ukraine where (pro-)Russian right-wing extremists are engaged in subversive activities against the democratic Ukrainian state? Should we be surprised that there are fears that the Russian occupation forces are presumably thinking of deporting the Crimean Tatars from the Crimea? Russian officials are already modifying their narrative speaking of the "Tatars of the Crimea" rather than the "Crimean Tatars", thus rhetorically stripping them of the status of the native people of the Crimea. Russian right-wing extremists based in this region are fully supporting the idea of deportation:

The anti-Semitic flyers in Donetsk may or may not be a hoax, but - honestly - should we be surprised by all these racist incidents in the Ukrainian territories either occupied by the Russians or destabilised by the (pro-)Russian insurgents and terrorists? No, we should not.
Автор: Anton Shekhovtsov на 18:17